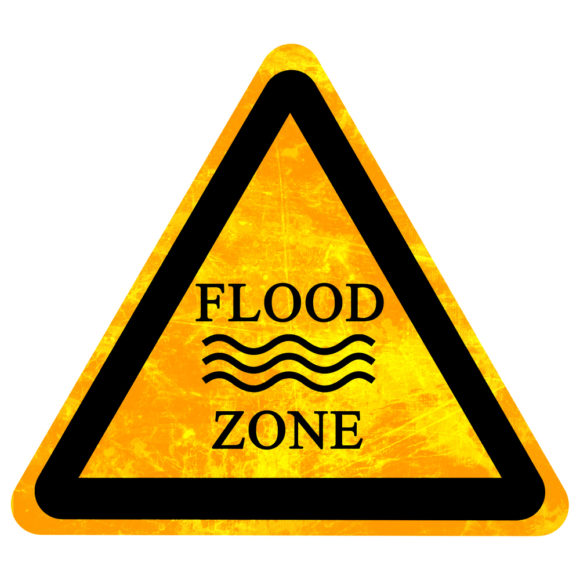 Rescuers searched for a person missing this week in a mudslide as big yellow tractors plowed through dark, thick sludge and pushed boulders off roads after flash floods swept dirt, rocks and trees down fire-scarred slopes, washed away cars and buried buildings in small mountain communities in Southern California.

With thunderstorms forecast and more mudslides possible into Wednesday, evacuation orders remained in place in parts of the San Bernardino Mountains while a wildfire raging 500 miles to the north forced residents to abandon their homes.

The Mosquito Fire burning 110 miles northeast of San Francisco erupted in the afternoon just hours after officials had reported making “great strides” in the battle.

“We have all hands on deck,” fire spokesperson Chris Valenzuela said as the fire burned in Foresthill. “It’s burning very erratic and intensely.”

The blaze was one of three large fires in the state.

East of Los Angeles, crews searched street by street for people who might be trapped by mudflows that washed rocks, trees and other debris with astonishing force the day before into Forest Falls, Oak Glen and Yucaipa and left a muddy mess and untold destruction.

Homes and other buildings were damaged, including a commercial building buried so high its roof collapsed, said Eric Sherwin, spokesperson for the San Bernardino County Fire Department.

“We have boulders that moved through that weigh multiple tons,” Sherwin said. “It could take days just to find all the cars that are missing because they are completely covered by mud.”

A video showed a slow-moving black river of sludge rolling past the sign for the Oak Glen Steakhouse and Saloon followed seconds later by a surging wave of deeper mud carrying logs. The mud appeared to be head-high in places the next day.

Sherwin said crews were searching for one missing person.

Residents who tried to return home found it tough going in the sticky mess.

“I’ve never seen anything like this before,”said Perla Halbert, whose feet were caked in mud after trying to walk to her home. “If you try and take two steps, you get submerged. You just get stuck.”

Halbert had been out of town and returned to her Oak Glen home late Monday to find the driveway covered with a few inches of mud. Her family stayed the night with family members and returned after first light to discover several feet of mud and a fence washed away.

Her husband went to buy boots and coveralls before trekking through the muck to assess the damage.

“There’s lots of rocks and so much mud. But hopefully the house itself is OK,”she said.

Workers were able to clear most of Valley of the Falls Drive, the only road to Forests Falls, and teams were assessing damage. Other major roads in the San Bernardino Mountains were reopened.

For some homes in Forest Falls, it was too late to evacuate Monday. Residents were told to shelter in place through the night because it was safer than venturing out.

The rains were the remnants of a tropical storm that brought high winds and some badly needed rainfall to drought-stricken Southern California last week, helping firefighters largely corral the Fairview Fire that had been burning out of control about 20 miles (32 kilometers) south of the mudslides.

The mud flows and flash flooding occurred in parts of the San Bernardino Mountains where there are burn scars, areas where there’s little vegetation to hold the soil, from the 2020 wildfires.

“All of that dirt turns to mud and starts slipping down the mountain,”Sherwin said.

One of the 2020 blazes, the El Dorado Fire, was sparked by a smoke device used by a couple to reveal their baby’s gender. A firefighter died, and the couple was charged with involuntary manslaughter.

The mudslides occurred about 175 miles east of Montecito, where enormous debris flows killed more than 20 people and destroyed hundreds of homes in January 2018, a month after a huge wildfire scorched hillsides.

About 40 miles west, Cal State San Bernardino reopened Tuesday, a day after the campus was closed when several buildings were flooded during heavy rains.

The powerful thunderstorms came after a week that saw California endure a record-long heatwave. Temperatures in many parts of the state rocketed past 100 degrees Fahrenheit (38 degrees Celsius), and pushed the state’s electrical grid to the breaking point as air conditioners sucked up power. The Fairview Fire in Southern California and the Mosquito Fire burning east of Sacramento broke out and raged out of control.

The tropical storm aided crews battling the Fairview Fire about 75 miles southeast of Los Angeles. The 44-square-mile blaze was 62% contained by Tuesday. Two people died fleeing the fire, which destroyed at least 35 homes and other structures in Riverside County.

The Mosquito Fire has grown to 78 square miles, with 18% containment, according to the California Department of Forestry and Fire Protection. But those numbers were expected to change late Tuesday as the fire flared up.

Increased winds earlier Tuesday pushed out a smoke -inversion layer that had been stifling the blaze and gave fresh oxygen to the flames, Valenzuela said. The Foresthill area is full of extremely dry fuels that were rapidly igniting, challenging both firefighters on the ground and aircraft.

Scientists say climate change has made the West warmer and drier over the last three decades and will continue to make weather more extreme and wildfires more frequent and destructive. In the last five years, California has experienced the largest and most destructive fires in its history.